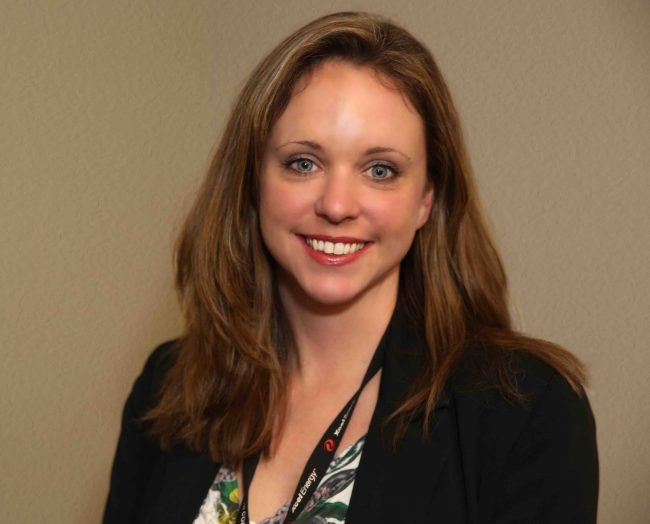 Eileen co-founded the program in 2013 and is responsible for all aspects of Xcel Energy’s current and future usage and adoption of unmanned aircraft systems and robotics within the company. Under her leadership, Xcel Energy became the first company in the United States to receive a performance based Federal approval to operate UAS beyond the operator’s visual line of sight (BVLOS) to perform linear infrastructure inspection across Xcel Energy’s entire footprint, within class G airspace under 14 CFR § 107.

She was instrumental with establishing a first-of-its-kind industry to government partnership with the Federal Aviation Administration (FAA), is a lead partner and end user supporting North Dakota’s Integration Pilot Program and State-wide UAS network and leads Xcel Energy’s multidisciplinary UAS team, UAS program office and business-focused UAS operations. Most recently she has successfully established a new partnership between the FAA and the Edison Electric Institute (EEI) to help unify utilities across the nation to streamline the use of UAS BVLOS supporting wildfire mitigation efforts and routine linear infrastructure inspections.

Lockhart joined Xcel Energy in 2011. She represents Xcel Energy on several industry boards, committees and teams. When she is not developing UAS missions and governance, she enjoys time with her family, volunteering at her children’s school and spending time outdoors.