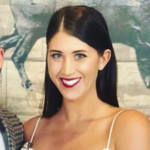 Over the past seven years, I have developed and implemented a marketing and public relations strategy that moved PrecisionHawk, the tech company that has revolutionized the commercial drone industry, from an unknown startup to the industry leader while growing revenue by 3,900%. During my tenure, I led PrecisionHawk’s entry into five new markets, spearheaded the launch of PrecisionHawk’s first ever product, the Lancaster drone, led the brand integration of five acquisitions, and oversaw the company’s first international expansion to South America. In addition to leading PrecisionHawk’s marketing efforts, I was a part of the senior team who raised over $100 million in four rounds of funding.

My work has been cited by national outlets including TechCrunch, the Wall Street Journal, Forbes and Bloomberg. I am regularly invited to speak at industry events across the country including AUVSI, InterDrone, Commercial UAV Expo, and was also recognized by PRWeek as one of the 40 Most Powerful Women in PR.

I began my career in brand marketing at Webonise Lab building campaigns for a range of clients from start-ups to enterprises like USA Football, National Federation of State High School Associations, Daily Racing Forum and MLB.com. Shortly after joining PrecisionHawk as employee #6, I led the successful launch of the company to the US market. PrecisionHawk is now widely recognized as the leader in commercial drone services and software.

Bringing the Commercial Drone Ecosystem Back Together in 2021!