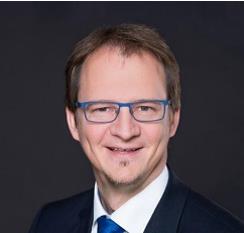 Christoph Raab serves at the Executive Director of Drone Alliance Europe. In addition to this role, Chairman founded the European Security Round Table (ESRT) in 2006. After his studies of economics at the University of Trier, he worked as a journalist for the Institut für Auslandsbeziehungen on media projects in Poland. He holds a master degree from the College of Europe in Natolin. From 2002 to 2005, he was parliamentary assistant of Karl von Wogau, Member of the European Parliament. During that time, he was sherpa in the working groups on establishing the European Security Research Program. In November 2005, he assumed the management of COPURA, an event management company focused on security and defense activities. He is a regular speaker and chairman at defense and cyber security conferences.

All presentations by Christoph Raab