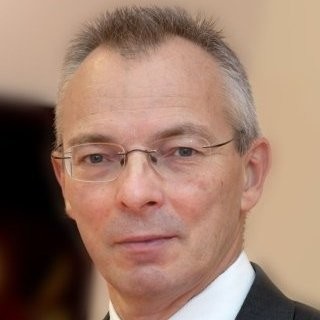 Ed van Zalen is Programme Manager CBRN at the Netherlands Forensic Institute in The Hague, The Netherlands. His current research interests is the development of innovative forensic methods that are applicable for investigation at the crime scene and in the laboratory in specific for criminal or terrorist incidents where Chemical, Biological, Radiological or Nuclear materials have been released. He received his Masters degree in Analytical Chemistry in 1991 University of Utrecht (NL) and investigated the development of an analytical method for the analysis of cholinesterase inhibitors. He spent respectively five years at the laboratory of Rijkswaterstaat (1981) and five years at the Hoogheemraadschap van Delfland (1986) in developing methods for the investigation of pesticides in surface water and soil.

In 1991 the joined the Netherlands Forensic Institute in the position of Head of the Department of Environmental Crimes. In 2008 he became programme manager CBRN. In this role he is responsible for the development of response to a CBRN incident the development of analytical forensic methods. In his role as programme manager he is an active member of the Nuclear Forensics Working Group of the Global Initiative to Combat Nuclear Terrorism (GICNT) and has collaborations in this field with the IAEA, INTERPOL and the Technical University of Delft. Ed has coordinated the EU FP7 GIFT CBRN project and participates in several other initiatives in the field of the investigation of CBRN terrorism.

All presentations by Ed van Zalen