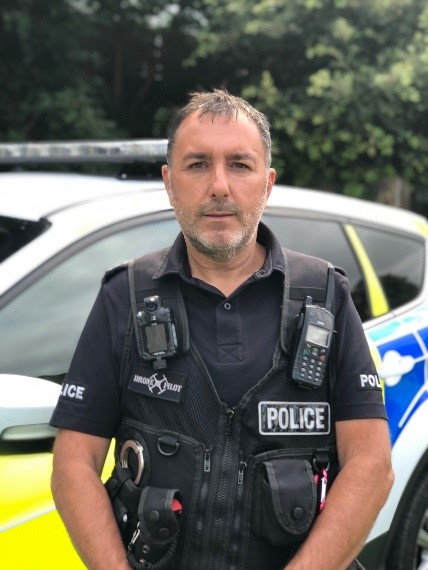 Having joined the Special Constabulary in 2003 Kevin is a serving Special Sergeant and is the Chief Pilot of the Lincolnshire Police UAV Unit. Having overall responsibility for the safe delivery of all UAV operations, including all aspects of training and safety standards, Kevin has experience in all operational areas of Police UAV operations and has carried out 100s of live deployments in Search & Rescue, Chemical Biological Radiological Nuclear incidents, Offender Containment, Event Crowd Dynamics as well as experience in BVLOS flights. Kevin is credited with saving the life of a injured unconscious male following a Road Traffic Collision.
Kevin also works with the UK defence industry in developing autonomous UAVs for the surveying and detection of Landmines, utilising RTK positioning and manufactures Software Development Kits, furthermore Kevin has vast experience working in aerospace defence of UAV Detect & Defeat technology and has being involved in the detection of UAVs involved in criminal activity.

Kevin is an Instructor & Flight Assessor of Unmanned Aerial Systems, for ab inito to advanced Remote Pilots and specialises in the training of Military and Emergency Services personnel. Kevin has a wealth of experience in both manned and unmanned aircraft and is the holder of Pilot licences for both Aeroplanes and Rotorcraft, having flown +1500 hours on 50+ aircraft types. Additionally, Kevin is also an authorised test pilot for the British Microlight Aircraft Association (BMAA) and Light Aircraft Association (LAA) carrying out flight test programs of newly built manned aircraft.

All presentations by Kevin Taylor