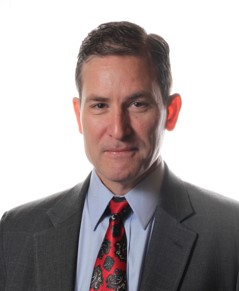 Dr. Chris Walach retired from the U.S. Army in 2008 as a senior Lieutenant Colonel, Battalion Commander, and Master Aviator of an Apache Longbow Helicopter unit with two tours of duty in combat.  He is a decorated combat aviator with more than 600 combat flight hours.  He has a FAA commercial helicopter license with an instrument rating and is rated in four single and twin-engine advanced military helicopters.  He holds a Master of Science and Doctor of Management (DM) from the University of Maryland, University College.  He has been interviewed and appeared on local, national, and international news networks as an expert aviation and military analyst and has been quoted, interviewed, and appeared on numerous state, national, and global news outlets as an unmanned systems expert.  His combat unit he commanded during the Iraq War was highlighted in the Google E-Book, Tip of the Spear (Hellfire and Brimstone) and in a 2013 DreamWorks movie.  He is an inventor, published military writer, business management scholar presenting evidence-based research at two international academic conferences, is a published co-author of research in the International Journal of Unmanned Systems Engineering (IJUSEng), and he is a former small business owner.  Dr. Walach is an Adjunct Professor of Aeronautics with the Graduate Program at Embry-Riddle Aeronautical University and currently serves as the Executive Director of the Nevada Institute for Autonomous Systems (NIAS), the FAA-designated Nevada UAS Test Site, and the NIAS Unmanned Aviation Safety Center of Excellence.  In October 2018, Dr. Walach was selected as the City of Henderson O’Callaghan Public Sector Person of the Year.

All presentations by Chris Walach