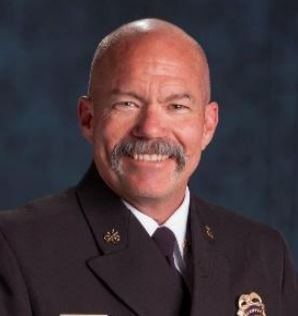 Prior to becoming a Command Officer, Chief Walker worked in several roles within the Operations Division that included: Firefighter, Engineer, Captain, and Public Information Officer. As a member of the Phoenix Fire Department’s Urban Search and Rescue (USAR) team, AZ Task Force-1, he was deployed to hurricanes Harvey and Irma in 2017. Chief Walker is also part of the City of Phoenix All Hazards Incident Management Team (AHIMT). As a member of this team, he has been involved in the management and coordination of multiple, regional large-scale events that include a Major-League Baseball All Star Game, Super bowl XLIX, College Football Playoff games, and a deployment to Northern California in 2015 to assist with the management of wildfires.

Chief Walker currently holds an Associate’s Degree in Fire Science from Phoenix College, a Bachelor of Science Degree in Public Safety and Emergency Management from Grand Canyon University, and has completed the Executive Leaders program at the Naval Postgraduate School.