ve NASA’s missions to the moon and Mars and the industrialization of space.

He was sworn in as NASA’s 13th Administrator on April 23, 2018. He was elected in 2012 to represent Oklahoma’s First Congressional District in the U.S. House of Representatives, where he served on the Armed Services Committee and the Science, Space and Technology Committee. Bridenstine’s career in federal service began in the U.S. Navy, flying the E-2C Hawkeye off the USS Abraham Lincoln aircraft carrier. It was there that he flew combat missions in Iraq and Afghanistan and accrued most of his 1,900 flight hours and 333 carrier-arrested landings. He later moved to the F-18 Hornet and flew at the Naval Strike and Air Warfare Center, the parent command to TOPGUN. After transitioning from active duty to the U.S. Navy Reserve, he returned to Tulsa, Oklahoma, to be the Executive Director of the Tulsa Air and Space Museum & Planetarium. 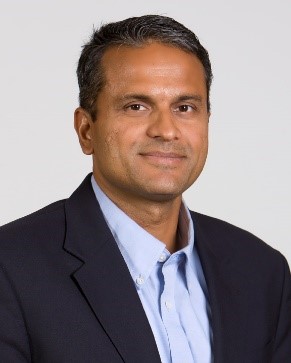 Bala Ganesh will discuss the FAA’s recent granting of the first full Part 135 certification to operate a drone airline without limits on the size or scope of operations, a big win for UPS and the commercial unmanned industry. His presentation, “From Imagination to Commercialization,” will address not only the opportunities for transportation and delivery, but also the challenges and achievements of integrating a leading-edge drone program into a large and well-established airline fleet.

He leads the Advanced Technology Group at UPS. He joined UPS in 2012 as the Program Manager for UPS My Choice. Thereafter he had stints in UPS Marketing, Global Retail Strategy and the Advanced Analytics & Revenue Management groups. Prior to joining UPS, he was a consultant with McKinsey & Co.  He has also worked as an Aerospace Engineering researcher at the Georgia Institute of Technology.  Early in his career, he served as a pilot in the Indian Air Force. He earned a PhD in Aerospace Engineering with a minor in Math along with an MBA from the Georgia Institute of Technology. He graduated from the Indian National Defense Academy and Air Force Academy with his undergraduate degree.

Attendees will also hear from an esteemed panel of drone-industry CEOs during a discussion titled “UAS Insights and Strategies for Success in the Current Marketplace.” The panel will be moderated by Gretchen West, President & CEO of Schiebel Aircraft, Inc., and will feature Mike Winn (CEO, DroneDeploy), Tom Walker (CEO, DroneUp), Brandon Torres Declet (CEO, Measure), and Adam Bry (CEO, Skydio). Each speaker will discuss where they have found success in the current commercial drone market along with their vision of future challenges and opportunities.

“The full power of the drone industry will be on display at our 5th edition of Commercial UAV Expo,” said Lisa Murray, Group Director of Diversified Communications and organizer of Commercial UAV Expo Americas. “By convening the most influential companies and thought leaders to share their expertise and solutions, we are offering access to anyone involved in the commercial drone market to learn from the best.”