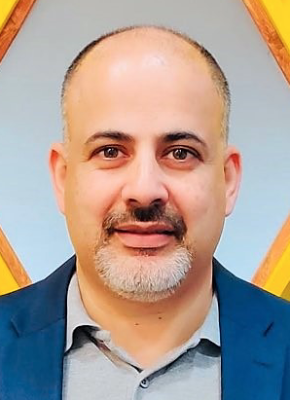 Amit Ganjoo is a serial entrepreneur and the Founder and CEO of ANRA Technologies, an Award Winning UTM Software Company headquartered in Washington, DC with global operations. One platform is for UAS traffic management (DroneUSS™) and the other is for orchestrating workflow (DroneOSS™). The platforms include features such as flight planning and monitoring, UAS command and control, negotiated aircraft separation, airspace management, UAS tracking, compliance parameters, aircraft reporting, stakeholder and user portals, and open interfaces to enable emerging capabilities like Remote ID. Both platforms have been rigorously tested and vetted by the world’s foremost government aviation entities and are operational today at multiple test sites, commercial enterprises and UAS corridors. Amit has over 20 years of aviation, telecom and wireless experience in both the federal and the commercial space.  He is an engineer, a licensed pilot, following a lifelong passion in aviation and builds experimental aircrafts.  Until December, he acted as the co-chair for FCC’s Technical Advisory Council (TAC) for 5G and IoT, which included ground and airborne autonomous vehicles.  He was the Director of Engineering at Ericsson Federal, providing telecom solutions to Federal Government, where he was the recipient of the Athena Award. Deployed as part of the Expeditionary Strike Group, he was chief system architect for Navy 4G LTE Sea Pilot, delivering a one of a kind turn-key, secure, unmanned airborne/afloat autonomous 4G LTE Network with applications to directly support the war fighter.  He architected the first ever approved classified security architecture for 4G LTE in line with NSA Commercial Solutions for Classified (CSfC) framework, approved for operational deployment in DoD in 2012. Amit is an adjunct professor at the George Mason University and shares his passion for engineering by teaching in the School of Engineering and volunteers at a local Maker Space in the D.C. area.

All presentations by Amit Ganjoo