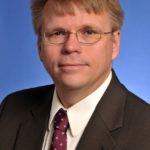 James Grimsley is a nationally recognized expert on policy and technology related to advanced aviation and aerial mobility, including drones and autonomous systems. Mr. Grimsley has appeared in numerous press outlets since 2007 speaking about technology policy issues and is a recognized speaker on the topic at international conferences and events. Mr. Grimsley serves on a variety of state and federal task and working groups related to drones and autonomous systems.

In April 2021, Mr. Grimsley testified before the U.S. House of Representatives Aviation Subcommittee on the topic of aviation innovation in the United States. Mr. Grimsley has also testified multiple times before the Oklahoma Legislature on aviation-related matters.

Mr. Grimsley is the founder of successful technology company startups and is also a former Associate Vice President for Research at the University of Oklahoma – Norman Campus (OU). Mr. Grimsley was also the founding director of the OU Center for Applied Research and Development (CARD). Mr. Grimsley is a graduate of the University of Oklahoma with a B.S. in Aerospace Engineering and an M.S. in Mechanical Engineering. Prior to becoming an entrepreneur, Mr. Grimsley was a Division Chief Engineer and later an Assistant Vice President with Science Applications International Corporation (SAIC). Prior to SAIC, Mr. Grimsley served as a civilian electronics engineer with the United States Air Force. Mr. Grimsley also previously served as a Manager of Unmanned Systems Research for the Oklahoma Aerospace Institute (OAI).

Mr. Grimsley is active in scholarly research in both technology and law, including co-authorship of a paper published in the William and Mary Law Review addressing constitutional issues associated with drone regulations. Mr. Grimsley has been previously recognized for contributions to the drone industry and advocacy work as well as his state and national leadership in the drone industry. Known both nationally and internationally, Mr. Grimsley is one of the leading recognizable figures in the drone industry and is frequently interviewed in the international media (The Economist, Fortune, USA Today, Associated Press, The Guardian Newspaper, CNBC, etc.). In 2014 Mr. Grimsley was recognized as an Oklahoma Innovator of the Year by the Oklahoma Journal Record newspaper.